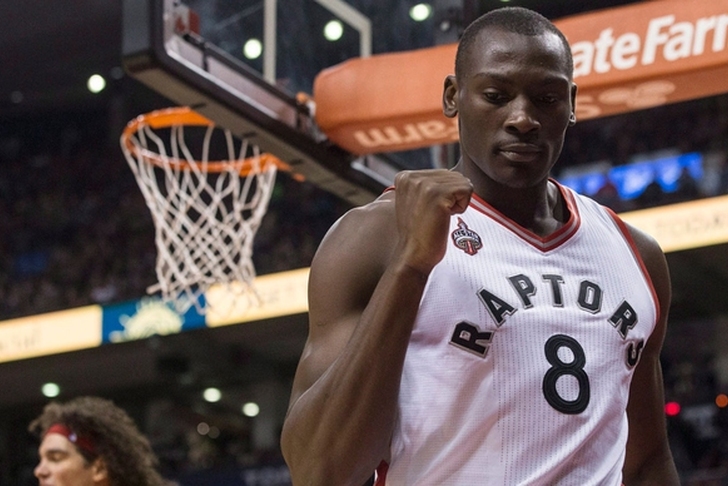 The Orlando Magic have added another big man. After a swinging a trade for Serge Ibaka during the NBA Draft, the team has now added Bismack Biyombo.

AP Source: The Orlando Magic have agreed to terms on a 4-year deal with Bismack Biyombo.

Biyombo played great in the NBA playoffs, which surely helped increase his pay.

The addition of Biyombo adds to an already deep (or crowded) front court for Orlando, even if it's a fair market value deal. Ibaka, Nikola Vucevic and Aaron Gordon are all bigs. The Magic might to try to trade Vucevic now that Biyombo is in town.

Biyombo coming to Orlando to start. Could put Vucevic in play for trades.

The Toronto Raptors wanted to keep Biyombo, but that was always going to be a long-shot because of cap issues. First round pick Jakob Poeltl will likely become the new backup center.