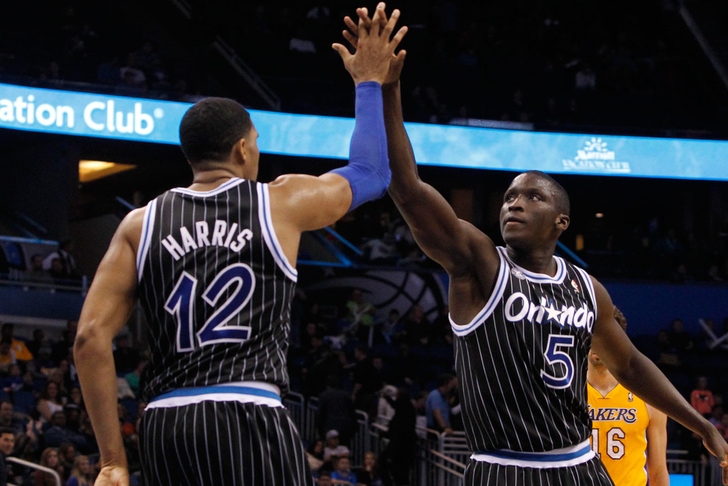 Orlando is in the midst of a total rebuild, overhauling their roster with young players in hopes of developing a successful team in the future. As a result, the Magic finished with a dismal 23-59 record last season - though it was an improvement from their 20-62 mark in 2012-13.

The franchise brought in Aaron Gordon and Elfrid Payton with the 4th and 12th picks in the draft, respectively, but lost last season's starting backcourt and their two best veteran players in Jameer Nelson (signed with Dallas) and Arron Afflalo (traded to Denver). Orlando's current young core of Victor Oladipo, Tobias Harris, and Nikola Vucevic have shown flashes of being good, but they're looking to become more consistent this year.

Orlando was right in the midst of last year's "tank-race" to see who could get the top pick in the NBA Draft, and are in the same position this year. Fans will be keeping an eye on the bottom of the standings, but they also want to see how this young core of players performs on the court. The franchise has gone all-in on this rebuilding effort, and they want to see some sort of progress under third year head coach Jacque Vaughn.

Victor Oladipo was drafted last year not to become Orlando's franchise player, but to develop into a reliable second or third option on a good team. He did it in spurts during his rookie season, but now management expects to see more improvement as he moves into the starting lineup. Vucevic has already fulfilled on his promise of being a second-or-third option guy, so if Oladipo can reach his potential, the Magic will be just a franchise player away from having a really good team.

Orlando is going to be at the bottom of the Eastern Conference again, even though the conference is very weak. The Magic, Philadelphia, and Orlando are a tier below everyone else in the East. At best, Orlando will finish 13th in the conference.

How do you think Orlando will do this season? Tweet your thoughts to@brauf33 and leave a response in the comments!