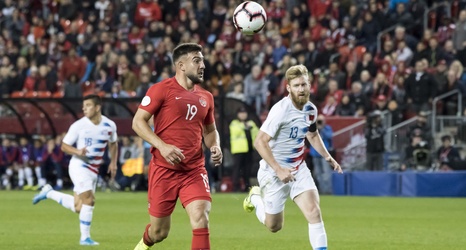 The Vancouver Whitecaps remain desperate to add to their attack, and are once again interested in signing Puebla striker Lucas Cavallini.

The Whitecaps would not confirm or deny their pursuit of Cavallini or reveal whether he is on the club’s discovery list.

A source told Pro Soccer USA the Caps are seeking to add an attacking player, but a deal for the striker is not yet complete.

Mexican journalist Antonio Zamora reported Cavallini did not join Puebla’s training camp and is currently camped out in Uruguay to await word on his future. Then, ESPN reporter John Sutcliffe tweeted that Cavallini will leave Puebla and return to Canada to join the Whitecaps.