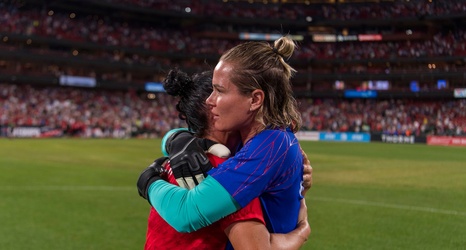 Orlando Pride stars Ashlyn Harris and Ali Krieger said they struggled to play for a homophobic Washington Spirit owner earlier in their careers, according to Power Plays, a newsletter written by soccer journalist Lindsay Gibbs,

Since the players were acquired by the Orlando Pride, fans speculated the players their undisclosed sexuality caused their departure. In an interview with Gibbs, Harris and Krieger confirmed the homophobic actions of former owner Bill Lynch were the reason they left for a different club.

Lynch refused to allow the Spirit to host a Pride Night throughout his tenure, the only team to do so in 2015, a decision Krieger described as “shameful.