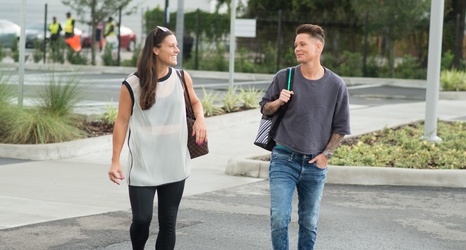 Ali Krieger and Ashlyn Harris will serve as executive producers and stars on a remake of the Israeli soccer competition show GirlStar. The United States women’s national team and Orlando Pride stars are partnering with ADD Content, the Israeli company behind the HBO hit show Euphoria, which is currently negotiating the local version with U.S. production partners.

The details of the new show were first reported by Deadline.com and promoted by Harris on social media.

The Israeli version of the show has run for two seasons, placing a group of 10 celebrities in an intensive training camp with two famous coaches in an attempt to build a winning soccer team.