USWNT hopes for ‘spectacle’ against France in World Cup quarterfinal 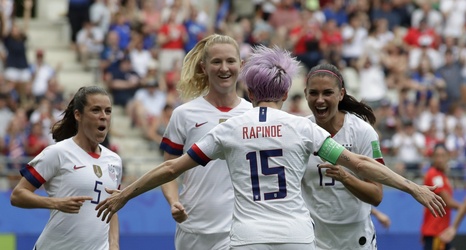 REIMS, France — It’s the game everyone hoped for: United States vs. France.

It may be coming a bit sooner than most hoped, but Friday’s World Cup quarterfinal between the reigning champ and the host country will be the marquee matchup of the tournament thus far. Kickoff is scheduled for 3 p.m. at Parc des Princes in Paris.

“Hopefully a complete spectacle, just an absolute like media circus. I hope it’s huge and crazy,” U.S. forward Megan Rapinoe said Monday after the U.S. beat Spain 2-1 in the round of 16 to advance. “That’s what it should be.