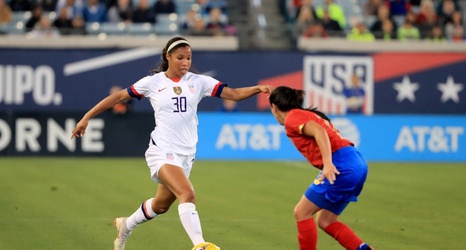 JACKSONVILLE, Fla. — The first touch of Midge Purce’s international career did not go as planned. Instead, it went right under her foot.

In the second minute of Purce’s first cap with the United States on Sunday, the moment was a jolt for the defense, forcing Purce to scramble back to recover, and also to relax into her international debut.

The final game of the year for the U.S. women’s national team saw the first international caps for both Purce and defender Alana Cook.