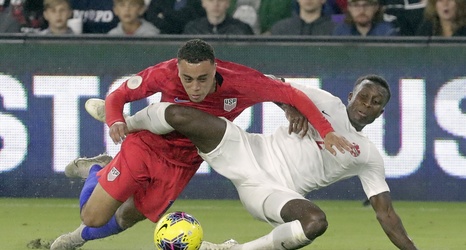 Sergiño Dest notched his place in the young core of the United States men’s national team on Friday night, making an immediate impact on the backline during his first competitive match with the team.

Although Dest had already announced his commitment to the United States, Friday’s game made it official, cap-tying the 19-year-old defender to America. But on a night filled with importance for both the player and the team, coach Gregg Berhalter said Dest played with a mature level of calm.

“Sergiño is a gamer,” Berhalter said. “He’s the type of kid who shows up in a game and when the bright lights are on, he has no problem performing.