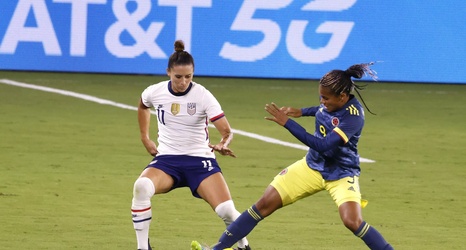 The United States Women’s National Team put Colombia in a blender, winning 6-0 in the second of two friendlies between the teams this week at Exploria Stadium. Catarina Macario and Midge Purce scored their first USWNT goals, Megan Rapinoe added a brace, and Lynn Williams and Lindsey Horan also scored for the Yanks, who once again smothered the Colombians with a stifling press that kept the visitors on their back heels all night.