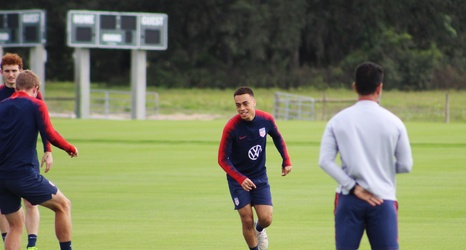 DAVENPORT, Fla. — For United States defender Sergiño Dest, returning to camp with the United States men’s national team has felt like lifting a weight off his shoulders.

After receiving an invitation to play with the Dutch national team, Dest sat out the last international break, mulling which country to play for on the international stage. Despite being born and raised in the Netherlands, he ultimately selected the United States, which he has represented at the youth level since 2017.

The weeks leading up to his decision were filled with questions from both sides.

“Everyone was pulling at me,” Dest said.