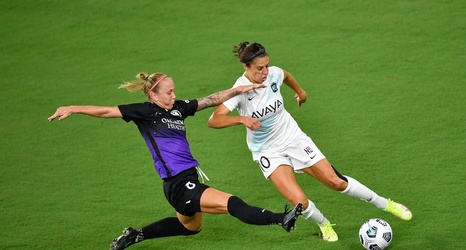 An early first-half goal and two early second-half strikes doomed the Orlando Pride (7-7-7, 28 points) as they fell 3-2 to NJ/NY Gotham FC (7-6-8, 29 points) at Exploria Stadium. After falling behind 3-0, the Pride climbed back into the game on goals by Erika Tymrak and Marta, but it wasn’t enough as they fell by a goal.

The Pride had placed themselves in a difficult position after a strong start to the season. Sitting in the final playoff spot, they were just one point ahead of the Washington Spirit and two points ahead of Gotham FC heading into this key match-up.