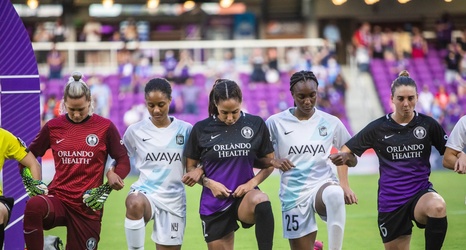 The Orlando Pride returned to Exploria Stadium with fans for the first time since Oct. 12, 2019, but those fans ultimately left disappointed after a 1-0 home loss to NJ/NY Gotham FC — the team formerly known as Sky Blue. Orlando did well in the first half, and even for the first 15 minutes of the second half. However, Gotham hit the Pride on a counter attack in the 79th minute for the lone goal of the match by Paige Monaghan. The Pride fell to 0-1-1 in the 20201 NWSL Challenge Cup standings.