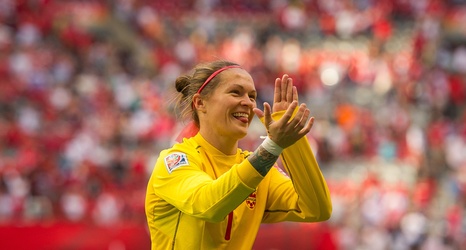 The Orlando Pride signed Canadian goalkeeper Erin McLeod, providing a seasoned backup for team captain Ashlyn Harris. McLeod will join the team on a one-year deal with an option for an additional season.

Before spending the past four seasons playing in Europe, McLeod was a starting goalkeeper for Houston Dash for the team’s the first two years in the NWSL and the keeper for the Chicago Red Stars. During her three seasons in the league, McLeod tallied 47 appearances, eight shutouts and 207 saves.

At 36, the keeper enjoyed a successful career with the Canadian national team.