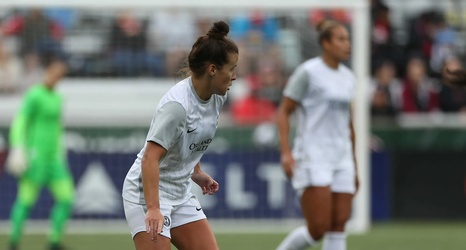 The Orlando Pride announced this afternoon that the club has parted ways with Welsh midfielder Angharad James. The 28-year-old joined the Pride via trade during this past off-season, but her days in Orlando were numbered when the contract of her fiance, former Pride center back Amy Turner, was bought out during the investigation into whether Head Coach Amanda Cromwell and/or Assistant Coach Sam Greene have violated the NWSL’s policy against discrimination, harassment, and bullying. James had been out on an excused absence for about a month prior to today’s news.

“We’d like to thank Haz for all of her contributions to the Pride this season,” Pride General Manager Ian Fleming said in a club press release.