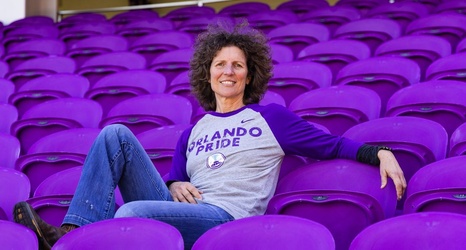 Akers, a two-time World Cup champion with the USWNT, will be player development coach as well as an assistant. The news was first reported by the Orlando Sentinel.

“Throughout my career, I’ve been blessed with amazingly talented assistant coaches,” Cromwell said in a club press release.