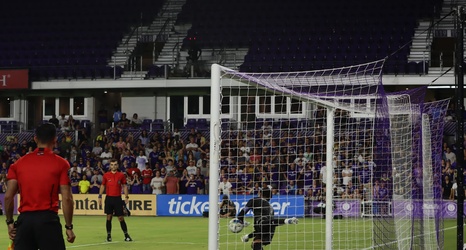 Orlando City never does anything the easy way. The Lions needed a stoppage-time goal from Rodrigo Schlegel and a save in sudden death penalties to advance to the U.S. Open Cup semifinals after a 1-1 draw against Nashville SC at Exploria Stadium. Schlegel again donned his folk hero mantle with a 94th-minute equalizer after the Lions spent much of the second half trying to overcome Hany Mukhtar’s opening goal in the 52nd minute.

Orlando scored six times in the shootout, with only Andres Perea seeing his spot kick saved, while Alex Muyl skied the first Nashville attempt over the bar and Pedro Gallese made a diving stop on Eric Miller to end the match.