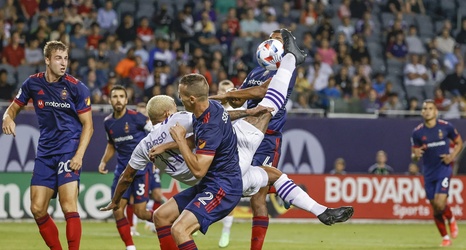 Welcome to your match thread and preview for a Saturday night match-up between Orlando City (8-4-7, 31 points) and the Chicago Fire (5-10-5, 20 points) at Exploria Stadium (8 p.m., FOX 35 Plus). This is the second of two scheduled meetings between the Eastern Conference rivals in 2021 and the only match-up in Orlando.

The Lions are unbeaten in four league matches (1-0-3) but also winless in three straight MLS games and four in all competitions (0-1-3), not having won since a July 30 comeback against Atlanta. Orlando City last played Wednesday night, drawing 1-1 at Nashville — the team’s third consecutive 1-1 draw.