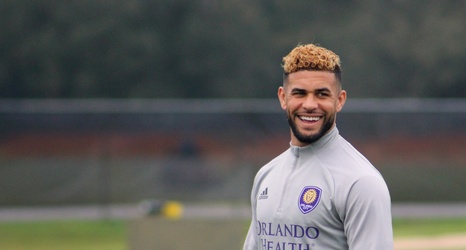 KISSIMMEE, Fla. — Orlando City striker Dom Dwyer is currently “week-to-week” due to a lower body injury incurred during the preseason, according to a team official.

Dwyer did not participate in training with the team on Friday as he worked through recovery. The team does not have a timeline on when he will return to full contact work. Dwyer started in the team’s first preseason match against the Montreal Impact, but he was on the bench for the start of the Lions’ scrimmage against the Tampa Bay Rowdies on Wednesday.

The striker said he entered the season with a “point to prove” after battling injuries and a shooting slump last year.