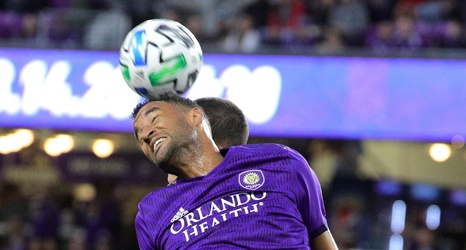 ORLANDO, Fla. — Familiar flaws plagued Orlando City during the team’s season opener as the Lions failed to score in an otherwise dominant performance against Real Salt Lake, settling for a 0-0 draw.

The supporters section set the stage for the night by unveiling a tifo before kickoff that depicted Jordan Belfort from the movie “Wolf of Wall Street,” tallying the team’s owners, coaches, players and losses during the past five seasons beneath the words “We’re not f*ing leaving.”

The tifo highlighted the frustrations of Orlando City supporters, who have watched their team suffer through five lackluster seasons without making the playoffs since joining MLS in 2015.