Orlando City Can Assess Brandon Austin With Pedro Gallese Away 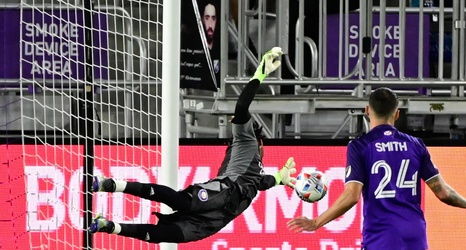 The 2021 Copa America will feature a pair of Orlando City players, as Sebas Mendez represents Ecuador and Pedro Gallese represents Peru. Gallese has been Orlando’s unquestioned number one goalkeeper and his absence will allow the club to determine its options in goal once the season returns this weekend.

The MLS spring-to-fall schedule means that players representing their country will be absent for several games throughout the year. South American internationals are away for the Copa America in the summer and will be gone for CONMEBOL World Cup qualifiers this fall as well.

The group stage of the Copa America, which began last night, will run through June 27.