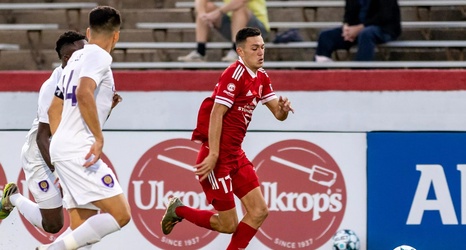 Orlando City B (1-8-3, 6 points) fell 2-1 to the Richmond Kickers (7-3-2, 23 points) tonight in a makeup game in Virginia. Two first-half goals were enough for the Kickers to hold onto the win but OCB scored its first goal in nearly five-and-a-half games. Wilfredo Rivera provided the OCB goal.

OCB’s lineup for this game saw Jonathan Rosales and Mason Lamb re-enter the lineup in the back. Raul Aguilera was given the armband with Mateo Rodas missing and Teddy Ndje got his second start of the season. A strange tweak in the lineup saw Moises Tablante, OCB’s biggest attacking threat, play left back.