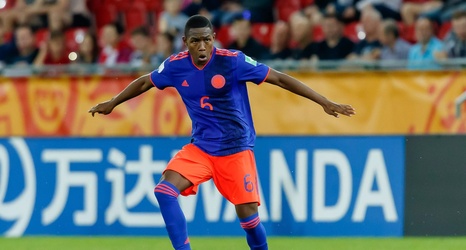 Orlando City announced this afternoon the acquisition of Colombian midfielder Andrés Perea on a one-year loan from Atlético Nacional. The agreement for the 19-year-old features an option to buy after the 2020 MLS season.

Perea was born in Tampa but was raised in Colombia. As he holds dual citizenship, he will be a domestic player on Orlando City’s roster. The defensive midfielder made his senior team debut for Colombia’s biggest club in 2017 at the age of 17. In three years, he’s made 15 appearances in all competitions, scoring one goal. His 11 appearances in 2019 is the most he’s made for the club’s senior team.