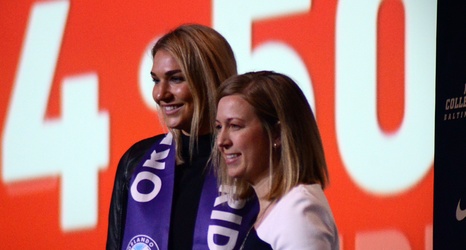 BALTIMORE — As the National Women’s Soccer League’s new players donned scarfs, posed for photos and talked to the crowd and gathered reporters Thursday at the league’s annual draft, some questions about the league’s future were answered, while others became a bit more clouded.

One item that remains uncertain is exactly how the league’s new pool of allocation money works. While some displayed mastery in spending, trading and acquiring allocation money, concerns remain on how it can be used and why the league isn’t being more transparent about the amounts being dealt.

During a press conference held after the draft’s third round, Chicago Red Stars’ owner Arnim Whisler attempted to provide some clarity on the league’s newest exchangeable asset.