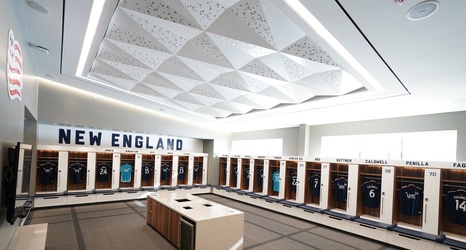 FOXBOROUGH, Mass. – New England Revolution executives believe the team’s newly-constructed training center in the wetlands behind Gillette Stadium is a game-changer, but also say the club remains committed to building a soccer-specific stadium in the Boston area.

Club owner Robert Kraft and his son, co-owner Jonathan Kraft, cut the ribbon on the training center Monday with club president Brian Bilello and head coach and sporting director Bruce Arena. All four men said while the endgame continues to be a stadium, investment in a new training facility was long overdue.

“Three years ago, we said, ‘You know, the stadium is going to be a longer plan.