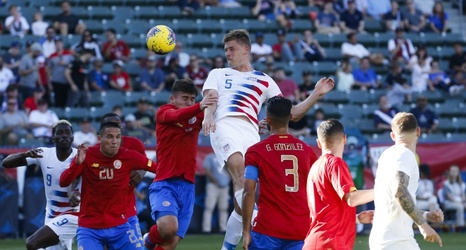 LAFC will receive $1 million in allocation money and an international roster spot from Nashville for the 26-year-old’s services.

The Athletic first reported on the trade Tuesday morning.

This transaction breaks up an LAFC defensive corps that surrendered the second-fewest goals in MLS last season. That said, the resources Los Angeles has coming its way – not only the cash and international roster spot, but also the $600,000 in salary cap relief from Zimmerman’s guaranteed compensation – should give the defending Supporters’ Shield winners plenty of capital to find someone new to help anchor their back line.