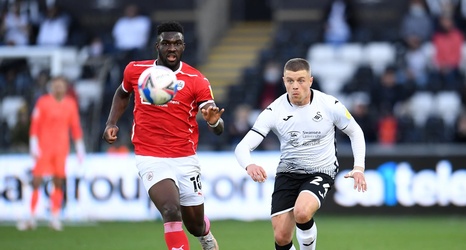 Merry Monday morning, Mane Landers! It was a great weekend. Orlando City remained unbeaten by defeating Toronto FC 1-0, and the Orlando Pride got their first win of the season with a 2-1 victory over the North Carolina Courage. Plus, it was Championship Sunday! I hope you got to watch as much soccer as you wanted. For now, let’s get to the links.

Daryl Dike’s Options After His Loan

Orlando forward Daryl Dike has finished one of the best loans by an American in Europe. Although Barnsley FC didn’t get promoted after losing to Swansea City on aggregate, Dike scored nine goals in 19 matches for the English Football League Championship side.