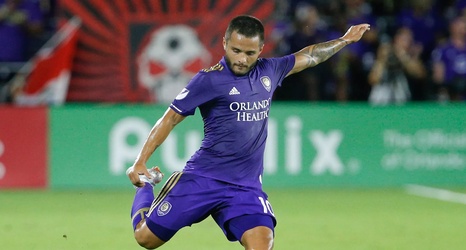 Orlando City went unbeaten in four matches against Atlanta United in 2020 and gave the Five Stripes a thorough thrashing in the last of them, winning 4-1 at Exploria Stadium on Oct. 28. Daryl Dike got the party started with a goal in the 29th minute, but it was a stunning free kick by Chris Mueller in first-half stoppage time that served as the knockout punch that night. As usual, our friends at BreakingT captured the moment with a shirt approved by the MLSPA.

Cash drew the foul and then claimed ownership of the set piece during a discussion with Orlando City captain Nani.