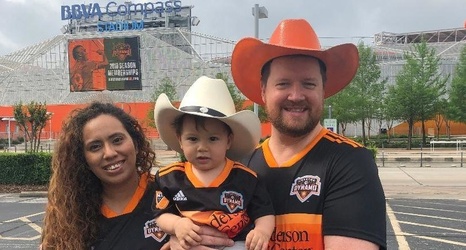 HOUSTON — There’s a saying that you can find love where you least expect it, and the soccer-inspired love story of Houston Dynamo fans James and Melissa Hromadka seems to be the perfect example.

James had always followed sports in Houston but it wasn’t until the 2002 World Cup that he got his taste for soccer, a sport that would change his life. For a couple of years, he just watched MLS to enjoy the sport, but never really felt like any team was his own, until 2006 when the San Jose Earthquakes were relocated to Houston.

He couldn’t have known it, but the birth of the Dynamo was going to change his life.