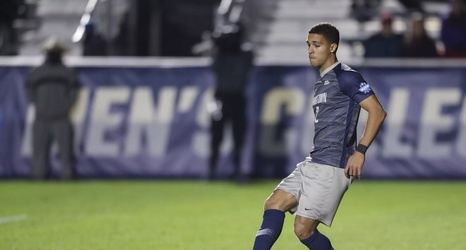 To close out the first round of the 2021 MLS SuperDraft, Orlando City selected defender Rio Hope-Gund from Georgetown with the 19th pick and defender Brandon Hackenberg from Penn State with the 22nd pick. The 19th selection was acquired via a trade with the Philadelphia Union for the Homegrown Player rights to Nathan Harriel, while the 22nd pick was the club’s natural selection.

Hope-Gund, a 6-foot-1 center back, was a two-year starter for the Hoyas. He played a total of 36 games with 24 starts, recording two goals and two assists. He was a part of a defense that recorded 13 clean sheets last season.