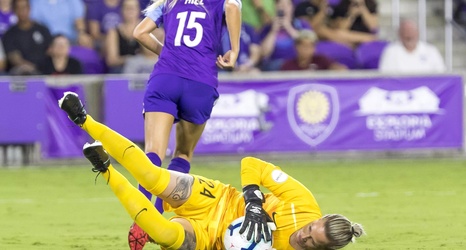 Ashlyn Harris completed her fourth season with the Orlando Pride and her third as captain since being selected with the team’s second pick in the 2015 NWSL Expansion Draft from the Washington Spirit. With the FIFA Women’s World Cup in the middle of the season and Harris serving as Alyssa Naeher’s backup for the United States Women’s National Team, she missed much of the 2019 season.

The Pride goalkeepers were called upon several times this season to keep the team in games, resulting in 10 Save of the Week honors. Harris won the distinction in Week 1, 19, 22, and 24.