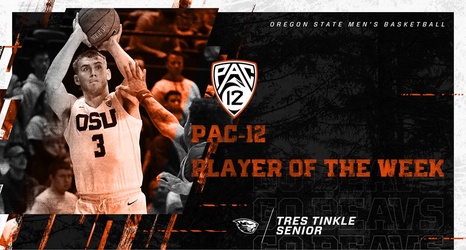 The fourth career weekly award for Tinkle ties him with A.C. Green and Charlie Sitton for the second most in Beavers' history trailing only Gary Payton's league-record nine.