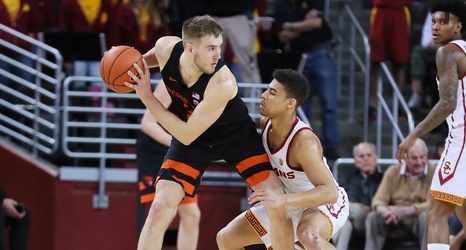 In the case of Oregon State forward Tres Tinkle, the story has been read before. Tinkle owns the stat-sheet. The Beavers win. The team moves on to the next game. Yet on Sunday afternoon in Corvallis, a vintage outing from Tinkle was hard to look past as the Beavers needed every bit of his prolific game to knock off a scrappy Portland State team, 81-76.

Tinkle poured in 26 points on an 8-15 shooting effort from the field, which included knocking down five three-pointers along the way.