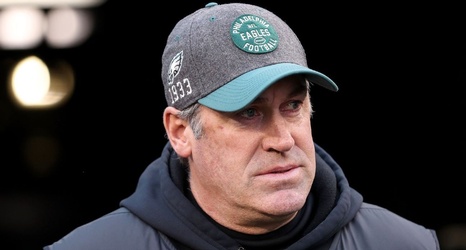 JACKSONVILLE, Fla. -- Doug Pederson, who won a Super Bowl with Philadelphia, has been hired as the new head coach of the Jacksonville Jaguars, the team announced Thursday.

The hiring comes 49 days after the team fired Urban Meyer and 35 days after Pederson first interviewed with the Jaguars.

Pederson spent the 2021 season out of football, but he was the first head-coaching candidate the Jaguars interviewed. That was on Dec. 30, and the Jaguars brought him back for a second interview Tuesday.