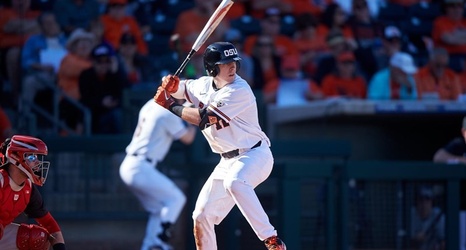 Ober earned the second-team spot at designated hitter after spending 2020 at both that spot and third base.