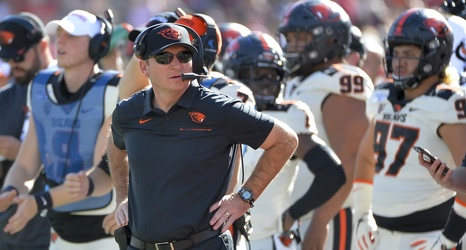 Melvin Jordan IV, a four-star rated linebacker prospect in the class of 2022 by Rivals, announced his commitment to Oregon State on Friday, via a post on his Twitter account.

Jordan IV decommited from Cincinnati back in January and chose Oregon State this time around over the likes of some big time programs including the Bearcats, Arkansas, Florida, Florida State, Illinois, Indiana, Kentucky, Miami-FL, Minnesota and more. He’s listed as a 6’ 0”, 215-pound prospect, who best operates as an outside linebacker.

The downhill playmaker will be the first commitment in the class of 2022 for head coach Jonathan Smith and his staff.