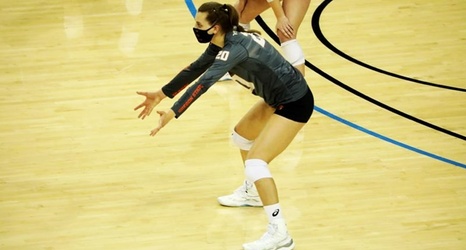 LOS ANGELES, Calif. – The Oregon State women's volleyball team fell in the series opener in three-straight sets to No. 17 UCLA on Friday night in Pauley Pavilion.

An early 7-1 lead for UCLA forced a timeout by the Beavers. Oregon State drew to within five, 8-3, taking two of the next three points out of the timeout. Behind a 6-1 run, the Bruins opened their lead up to 14-4 and forced OSU to use its second timeout of the set.