Oregon State Drops Game One to No. 6 Washington 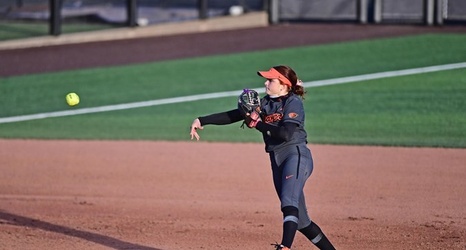 The Beaver defense came to play against the Huskies. In each inning, OSU tallied at least one strikeout or a double play. Junior pitcher Mariah Mazon saw two innings with three strikeouts before the field combined for a double play in both the sixth and seventh innings.

Mazon opened the game with a strikeout but a dropped third strike put the Huskies' leadoff batter on base. Before Mazon could finish the top of the first with three more strikeouts, Washington was able to notch a double for the first score.