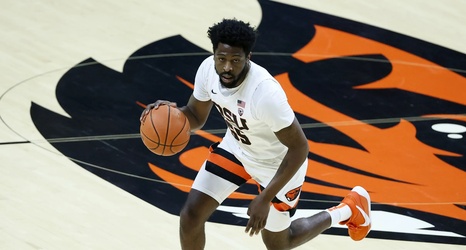 As was somewhat expected, another Beavers player entered the transfer portal this week, when junior guard Tariq Silver announced he would be moving on to a different program. The news comes just days after scarcely used guard Julien Franklin announced the same decision, in an off-season which is expected to see an all-time high number of student-athletes transferring.

Silver, who began his collegiate career at Eastern Michigan, transferred into Oregon State from Tallahassee Community College prior to the start of the 2020-2021 campaign.