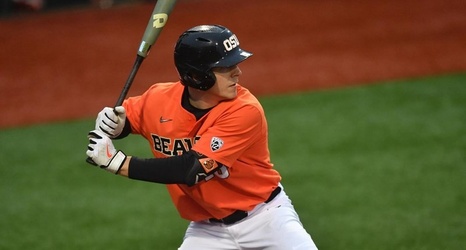 Oregon, which had trailed 4-1 through 7 ½ innings, scored the game-winner with two down on a ground ball to short that was bobbled before the throw to first was late.

Ryan Ober went 3-for-6 to pace the Beavers, who tallied eight hits overall and held a 4-1 lead after a three-run seventh inning.