Beavers Earn Highest Ever AP Ranking, Coming in at No. 5 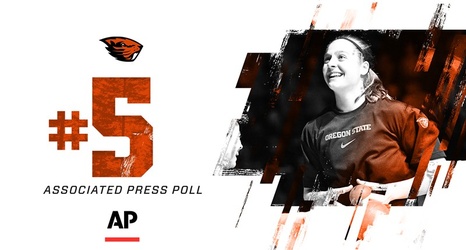 CORVALLIS – The Oregon State women's basketball team is ranked No. 5 in this week's Associated Press poll, the highest AP ranking in program history.

The Beavers previous best AP ranking was No. 6, which it has earned on multiple occasions, most recently in the 2016-17 season.

Oregon State is off to one of the best starts in program history, opening the year with a record of 7-0. The team most recently earned a pair of wins at the Miami Thanksgiving Classic, including a victory over then-No. 19 Miami.

Four Beavers are averaging double-figures through the first four games of the season, led by Mikayla Pivec who is at 16.