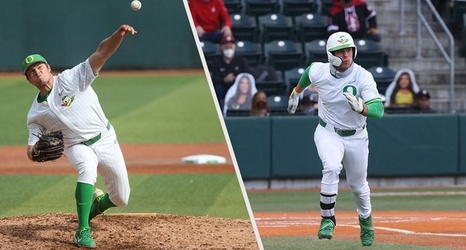 Zavala is a member of the first team and the only Duck position player ever to earn All-America accolades from the NCBWA. He joins starting pitcher David Peterson (2017), relief pitcher Kenyon Yovan (2017) and relief pitcher Jimmie Sherfy (2013) as the only Ducks' earning first-team honors since the return of baseball in 2009. Somers is Oregon's first third-team selection, while relief pitchers Stephen Nogosek (2016) and Sherfy (2012) have claimed second-team recognition.