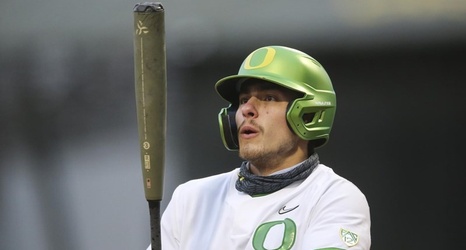 Zavala is Oregon's first Baseball America first-team All-America pick, joining Jimmie Sherfy (a second-team selection) and David Peterson (a third-team choice in 2017) as the only three Ducks to claim postseason recognition from the magazine. The honor is the second of the postseason where Zavala is the first Duck honoree. The National Collegiate Baseball Writers of America (NCBWA) named Zavala the District 9 Player of the Year last week.