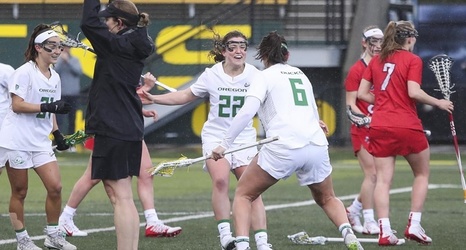 EUGENE, Ore. – Following a seven-point performance in her debut as a Duck, Oregon sophomore Shonly Wallace has been named the Pac-12 Offensive Player of the Week, the league announced on Monday afternoon.

Wallace scored five goals and assisted on two others to help Oregon open the season with a 20-12 victory over Liberty. Oregon was one of five programs (Duke, Northwestern, Richmond, Syracuse) to score 20 goals in a game this past week as it extended its win streak in season openers to seven.

A transfer from Stony Brook, Wallace's seven points were the most by a Pac-12 player over the opening weekend and tied for the second most in a season opener in program history.