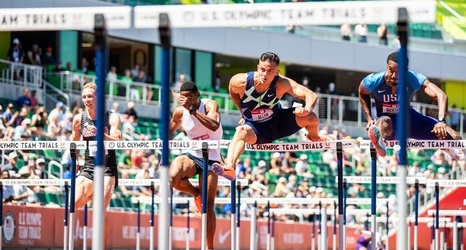 EUGENE, Ore. – Day nine of the U.S. Olympic Team Trials at Hayward Field will put a focus on past UO standouts in their journey to Tokyo. Saturday's afternoon program will feature seven finals including Olympics bids on the line for Devon Allen in the 110-meter hurdles, Jenna Prandini in the women's 200 meters and Jasmine Todd in the women's long jump.

Television coverage begins at 6 p.m. (PT) on NBC. In the first event of the two-hour window, Allen will line up in the semifinals of his signature event; the final will then be run to close out the broadcast.