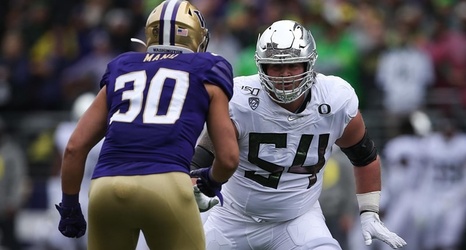 Throckmorton, who graduated with a 3.82 grade-point average while majoring in human physiology, is just one of 19 Oregon football players ever named to the academic All-America team. Throckmorton joins teammate Justin Herbert, a first-team selection for the third consecutive season, on the team. Oregon placed two players on the academic All-America team for the first time since 2001 when quarterback Joey Harrington and offensive lineman Ryan Schmid were both first-team selections.