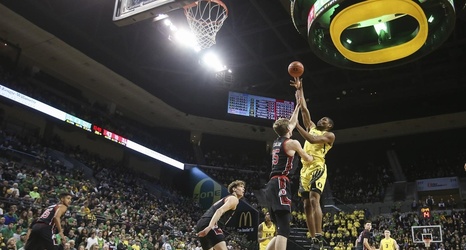 The Ducks lit up the scoreboard in the first half Sunday against Utah, starting out the game 9-of-12 from three-point range on the way to an 80-62 victory before 8,542 fans. The win came three days after Oregon's second-half comeback to beat Colorado, which ended the team's two-game losing streak.

"These two games were must-wins for us, obviously, to keep in the hunt for a conference championship," UO senior guard Payton Pritchard said.