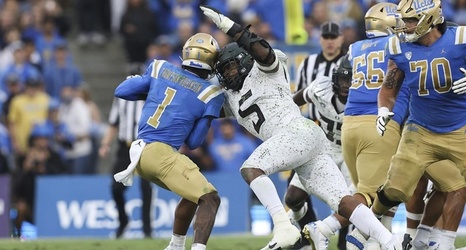 EUGENE, Ore. — A day after sweeping a pair of Pac-12 weekly honors, Oregon defensive end Kayvon Thibodeaux has been named the Bednarik Award National Player of the Week.

Playing his first full game of the season, Thibodeaux was a dominant force for the Ducks in last Saturday's 34-31 win at UCLA with a career-high nine tackles (eight solo) and 4.5 tackles for loss, including two sacks and a forced fumble.