The Pros and Cons of Oregon’s Six-Game Conference Schedule 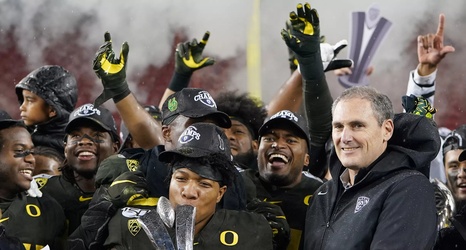 On Saturday, the PAC-12 released their revised 2020 schedule. The six-game conference-only schedule will consist of each team playing their entire division, plus a divisional crossover game.

The PAC-12 Championship game will take place Friday, Dec. 18, and will be accompanied by five cross division games determined by divisional ranking. Perhaps the best news of the day is that all games will not be hosted by the PAC-12 Network, and will instead be televised on ABC, ESPN, ESPN2, ESPNU, FOX and FS1.