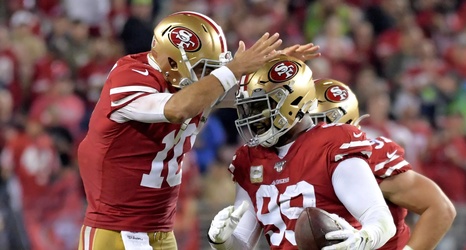 With Marcus Mariota benched for what feels like an eternity and the Broncos on a bye, well that leaves the offensive standouts list a little dry. So reaching down deep into the well is Los Angeles Rams tight end, Johnny Mundt. Offensively, Mundt recorded his first reception of the season for nine yards, but he was much more involved than that. According to ESPN, Mundt added two tackles and a forced fumble to his box score against the Steelers.