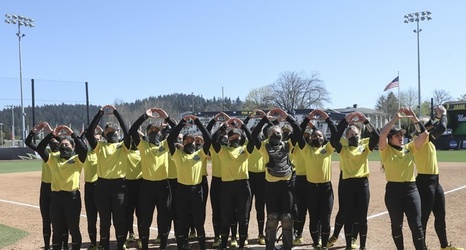 Oregon landed six players on the Pac-12 All-Conference Team, highlighted by three first-teamers, while a pair earned all-freshman honors and two more were named to the all-defensive team following the release of the conference's postseason awards Sunday.

Allee Bunker, Haley Cruse and Brooke Yanez each earned first-team all-conference recognition to make the Ducks one of three teams to put a trio of players on the first team. Bunker is currently fifth in the conference with 46 RBIs and is hitting .347, while Cruse sits in the top 10 of the league in six major offensive stat categories.